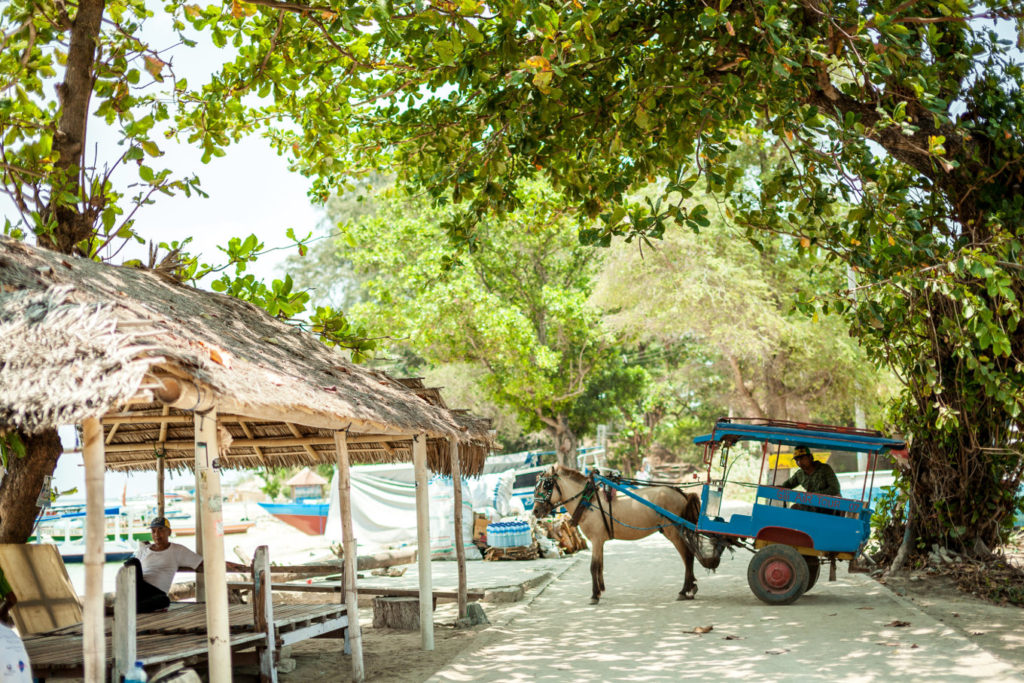 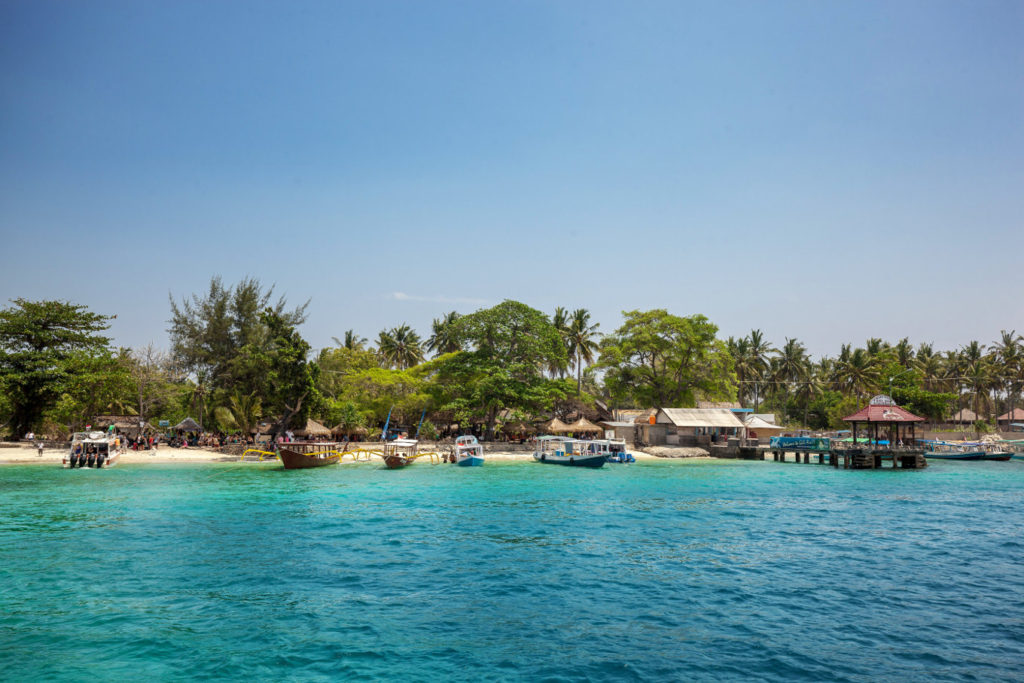 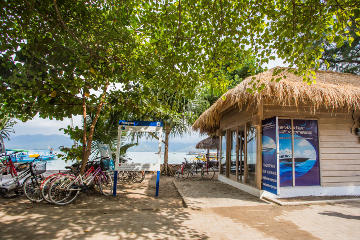 Gili Air, meaning “Little Island of Water” in the Indonesian language, is the island closest to the Lombok mainland and the most easily accessed of the three Gili Islands. With about 1000 local residents, Gili Air has the largest local population of the three, many of its residents being Bugis sailors from Sulawesi who settled there many years ago establishing coconut plantations and expanding the fishing activities. Gili Air therefore combines the charm of a paradise tropical island with easy access to the people and the culture that has made Lombok so special. Many of the older generation here still make their living as boatmen, fisherman and coconut farmers.

Much of the development on Gili Air is on the east coast, facing Lombok and the towering Mt Rinjani, which provides spectacular sunrises, while sunsets behind Mt Agung on Bali are visible from the south and western coasts. On the western side of the island when the moon is high and the tide is low, it is not possible to swim off the beach. Instead, you need to walk to the south or east side, where the best beaches are found, with clear turquoise waters and soft white sand.

Diving facilities abound and there is good snorkelling directly from the shore, particularly from the east and northeast beaches. Gili Air Wall, off the west coast, is a popular dive site, with soft corals that gleam yellow and orange in the sunlight, and harbour scorpion fish and thousands of glassfish, turtles and, if you look very carefully, tiny pigmy seahorses hiding in the sea fans. In the deeper waters are white tip reef sharks and schools of larger fish species. Hahn’s Reef is full of strange critters; it is a popular diving site, and also a superb training site for beginners.

Gili Air also attracts surfers: with the right conditions, there is a good surf break off the south of the island.

There is a good range of accommodation on Gili Air, from simple homestays to more expensive hotels with all the attendant creature comforts, but advance booking is recommended. Dining opportunities range from good quality restaurants to simple warungs on the beach and, while the bars aren’t as loud as on Gili Trawangan, there are still plenty of opportunities to have fun. 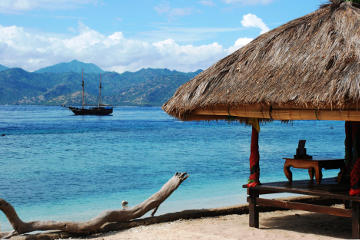 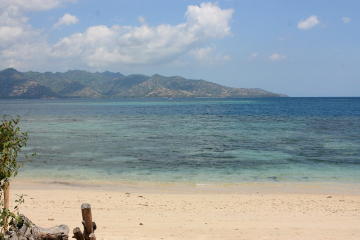 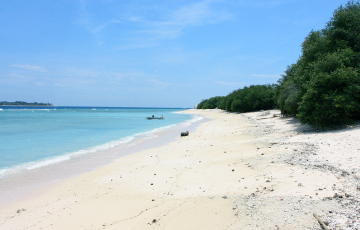 Gili Meno is the middle and smallest island of the three Gili Islands. Measuring just two kilometres in length and one kilometre wide, it is possible to walk around it in less than two hours. It also has the lowest population (just a few hundred residents) mainly concentrated in the centre. Gili Meno is not as developed as Gili Trawangan or Gili Air, and the pace is much slower, uncomplicated, peaceful and inexpensive. This Robinson Crusoe island is retreat from the world without motorbikes, cars or dogs. The only forms of transport are bicycles, cidomo (a horse-drawn cart), and boats for getting from one island to another. There is no fresh water, so most of the hotels and bungalows have saline water in the showers, although a certain amount of fresh water is imported daily. Electricity is supplied by generators. Not so many tourists come to Gili Meno, as compared to Gili Trawangan and Gili Air, because there is a much smaller choice of accommodation here. Small rustic hotels and basic beachside huts provide shelter for would-be castaways and honeymooners who travel here in search of paradise, tranquillity, nature, simplicity, uncrowded beaches, crystal clear waters and quiet walks under star-filled skies.

The landscape is flat, with coconut groves inland, and a small and shallow saltwater lake in the west from which the local people harvest meagre supplies of salt during the dry season. The remainder of the local income is derived from tourism, fishing and from the coconut plantations. The main activities for visitors are snorkelling and scuba diving. Gili Meno Wall, off the west coast, is a popular dive site, with giant gorgonian fans and many varieties of marine life found at depths of 18 metres. Hawksbill and green turtles call the waters around Gili Meno home, particularly on the northwest corner, and the reefs just offshore feature outcrops of brilliant blue coral. The best place for snorkelling, meanwhile, is at Blue Coral Point off the northeast coast, where the reef showcases numerous species of coral and colourful fish. At night, divers can witness huge Moray eels and the entertaining Spanish dancers, baby cuttlefish and a whole array of crustacians.

Gili Meno has a small local infrastructure that includes a medical clinic and a primary school. Services include simple shops, internet cafes, money changers and the Gili Meno Tourist Information Centre. The dining scene is predominantly local cafes, serving grilled fish on the beach, as well as tasty Indonesian, Western (especially pizzas) and even the local Sasak cuisine, all with reasonable prices and some with stunning views of the mountains and sunsets.

Snorkelling equipment can be hired from any of the local operators. There are secluded beaches all around the island; the sea is safe for swimming close to the shore although the currents can be very strong further out. There are also environmental attractions, which can be enjoyed by children and adults alike; this includes the 2,500-sqm, walk through, covered bird park with a colourful and exotic collection of species from Asia and Australia, including peafowls, pheasants, hornbills, macaws and parrots. The Bird Park is located inland at Gili Indah Village. Gili Meno is famous for its sea turtles but, without help, the survival of these beautiful creatures is endangered. At the turtle nursery on Meno, the hatchlings are kept in holding tanks until they are large and healthy enough to be released into the sea. Visitors can take part in this release programme. Small donations are welcome for this worthy cause. 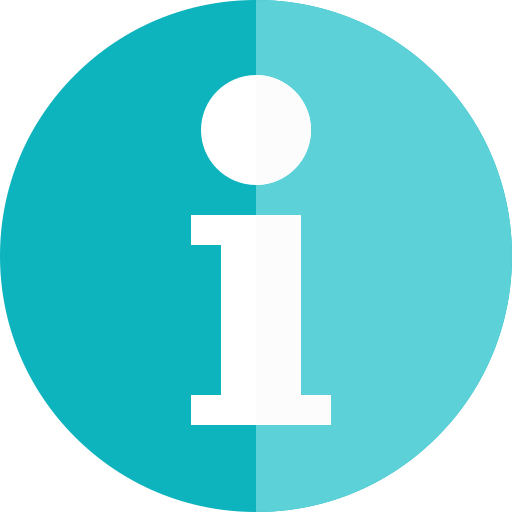 All services are suspended until April 1st, 2021.

Due to global travel restrictions, all services are suspended until April 1st, 2021.

From April onwards we have opened daily departures to the Gili Islands from both Serangan (South Bali) and Padang Bai (East Bali).

All services to Lembongan and Penida are suspended until further notice.

Looking forward to travelling with you again soon!

PAY ONE-WAY, GET RETURN FOR FREE